Well, LAST summer during our vacation we got together outside of the city for a little eating and show and tell, but just for the afternoon. THIS year we had an actual, bona fide quilting retreat!

One of our members, Adrienne Van Halem, generously invited us to her family cottage up North. So, a handful of us who could take the time and make the drive headed up to Georgian Bay for the weekend.

And it was GLORIOUS! 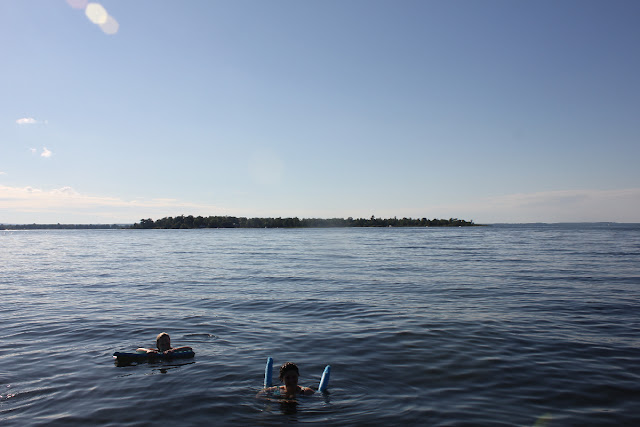 I mean, look at that! I wish I'd taken a good picture of the cottage, but basically its a gorgeous little place with hight ceilings and art filled walls, that looks right out onto the lake. Just walk down the lawn and you can hop off the dock straight into the water! But don't worry, we didn't spend all day down on the dock. 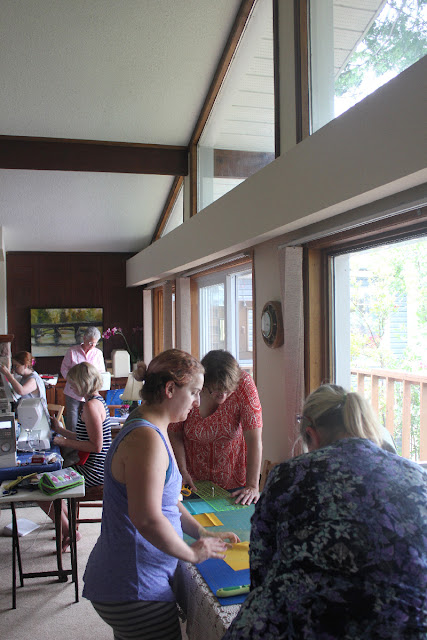 We did a LOT of sewing! We took over the living room and set up a cutting station, an ironing station... 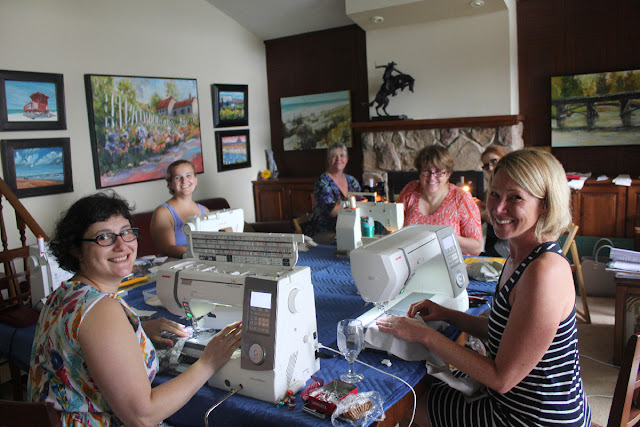 and a great big sewing table where we fit five sewing machines... 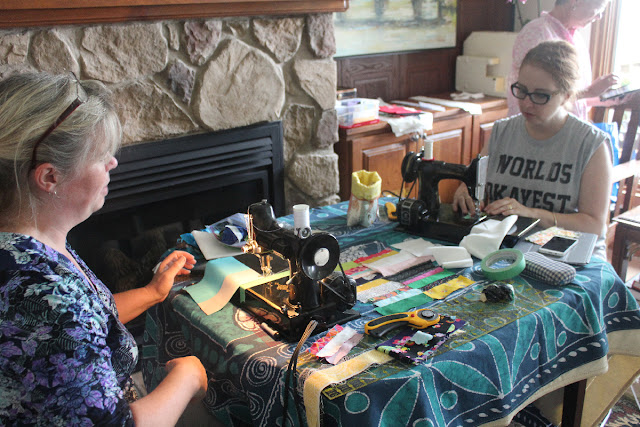 …and another little table for the vintage featherweights! 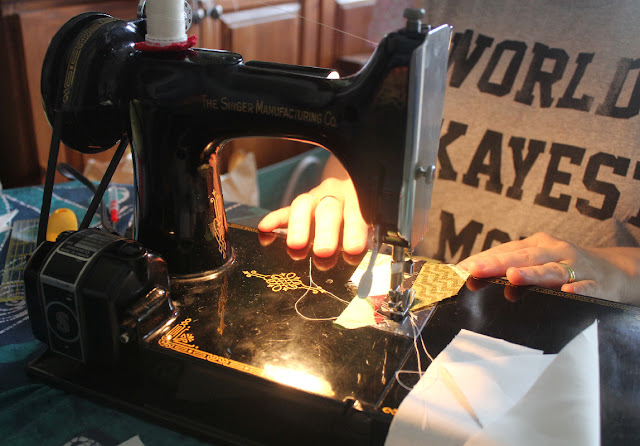 oooooh, Featherweights! SO pretty! Both Julie and Sue were sewing on them. They even let the rest of us try them out and now I really want one! 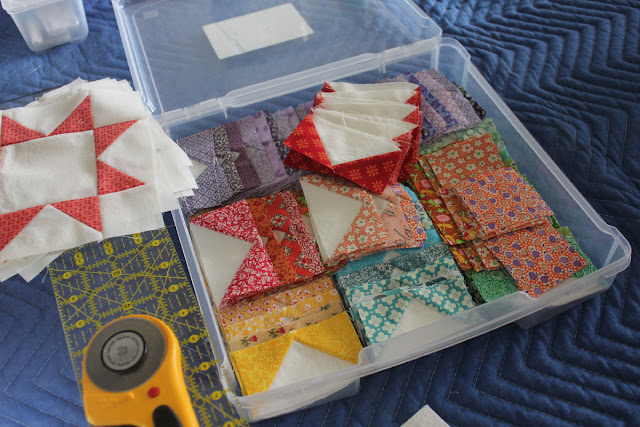 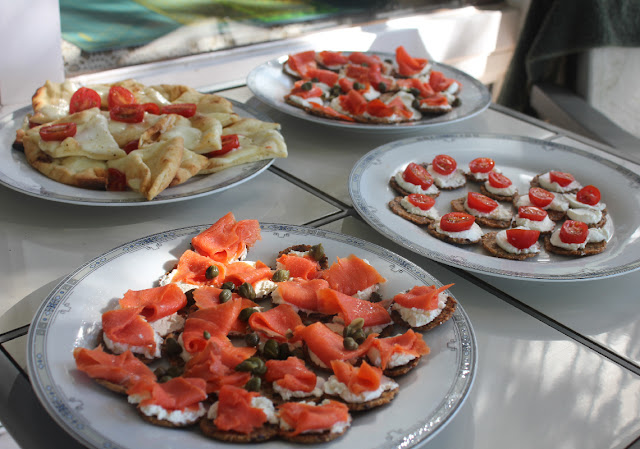 But what I DID take a lot of pictures of was the food! One awesome part of this retreat was that we divided up the food planning/making so each of us was only responsible for one meal or snack. Which meant that delicious food kept appearing as if out of nowhere! Like these tempting little hors d'oeuvres courtesy of Sue. 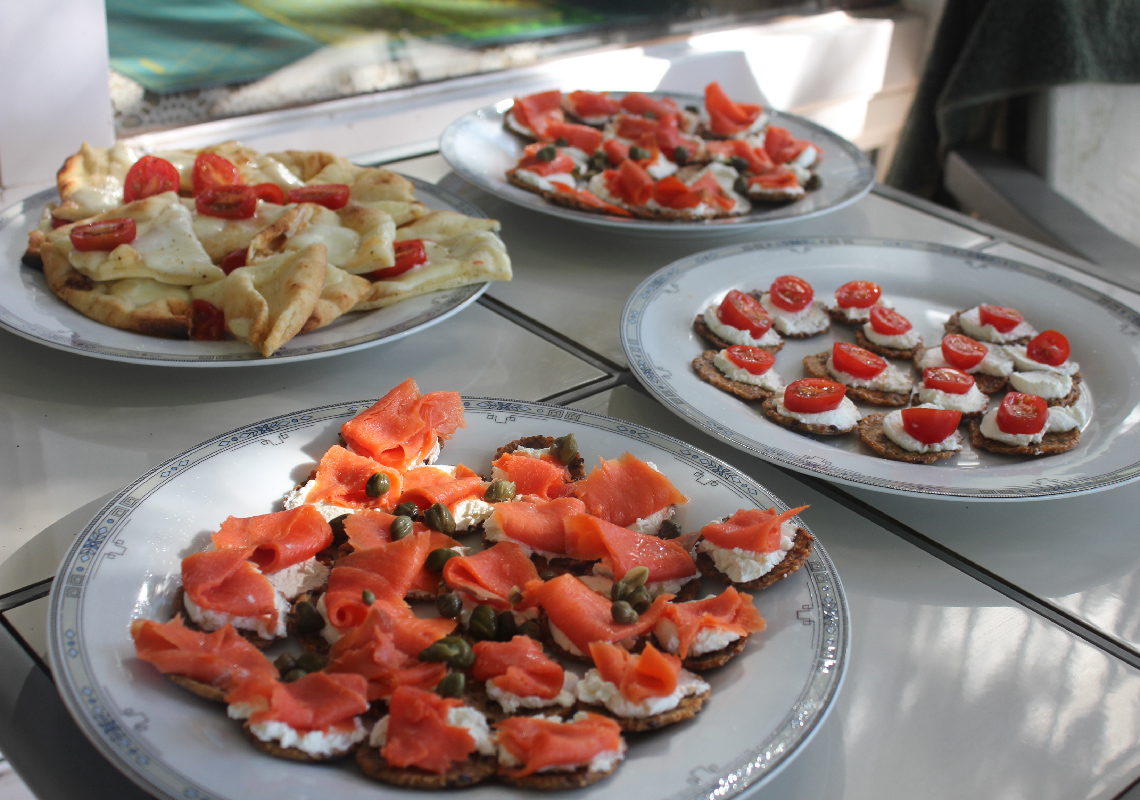 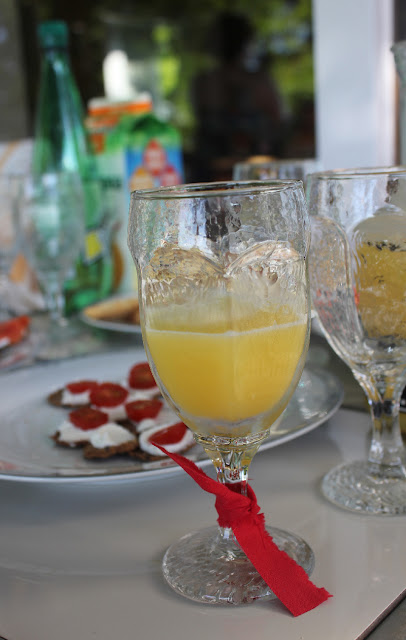 And someone had the brilliant idea of marking our glasses with little bits of selvedge strips from the group project we were working on, so you knew who's decadent little drink was who's. 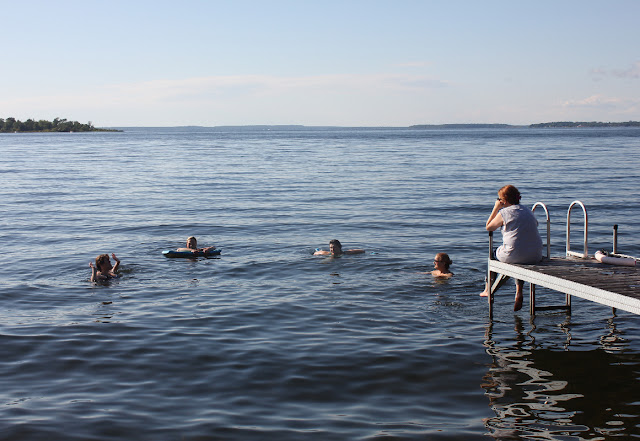 And of course, there was swimming. 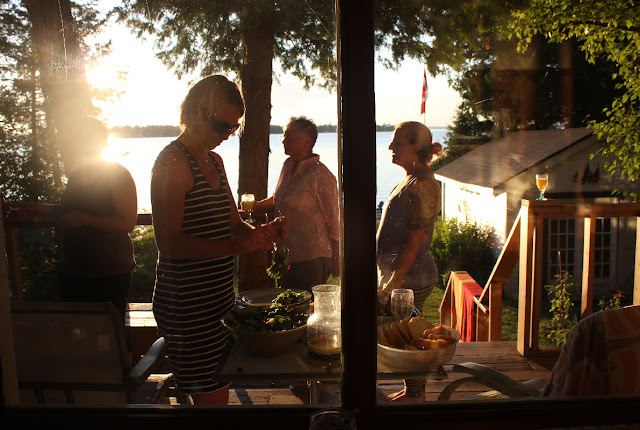 The day flew by, and before we knew it the sun was getting low and it was time for dinner. 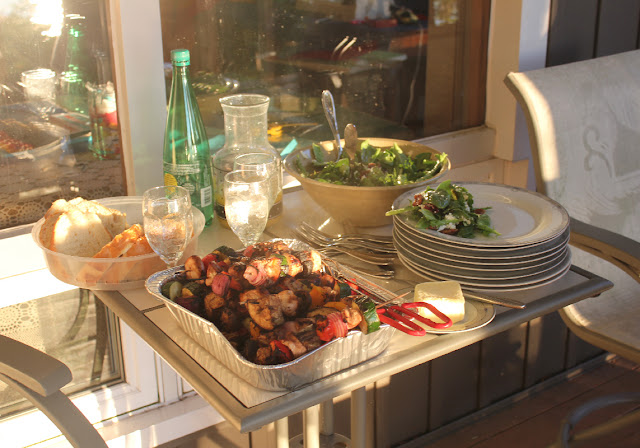 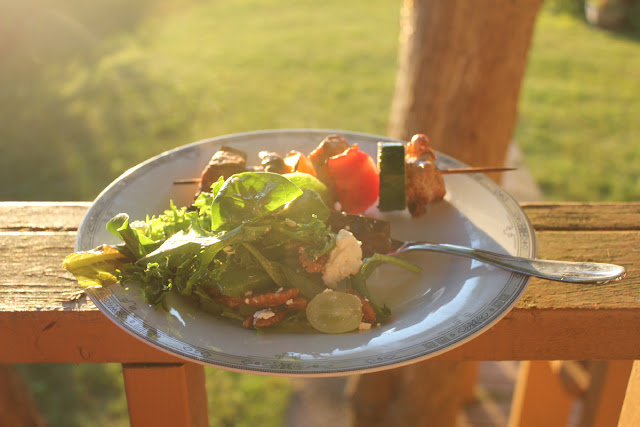 Sorry, so many pictures of food, but can you blame me? P.S that salad was to die for! 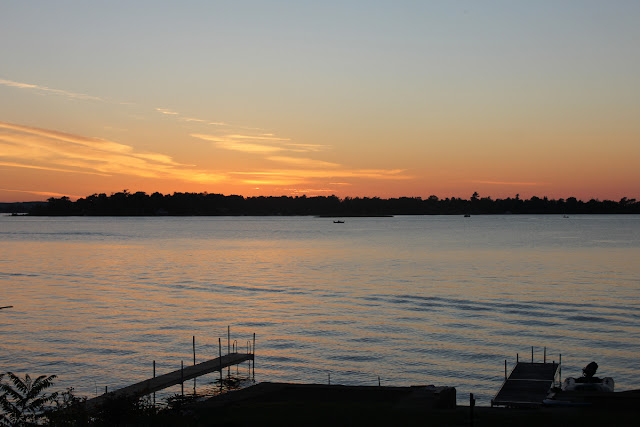 Eventually, the sun went down in that gorgeous way that it does over Georgian Bay. 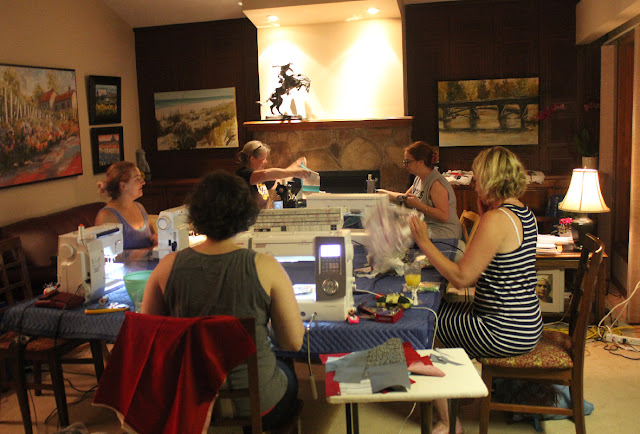 And we kept sewing, looooong into the night. Sewing and talking and eating junk food, and having just one more sensible little drink, and then sewing a bit more and then talking, talking, talking. We did sleep eventually, and then wake up and - you guessed it - sewed and ate and talked some more. It was amazing.

Hey, I have a good idea: Lets do this again next year!